Boston Cream Pie Cake – light and airy sponge cake, layered with custard and topped with chocolate ganache. A very simple combination of custard and sponge cake, but a classic and always tastes amazing! 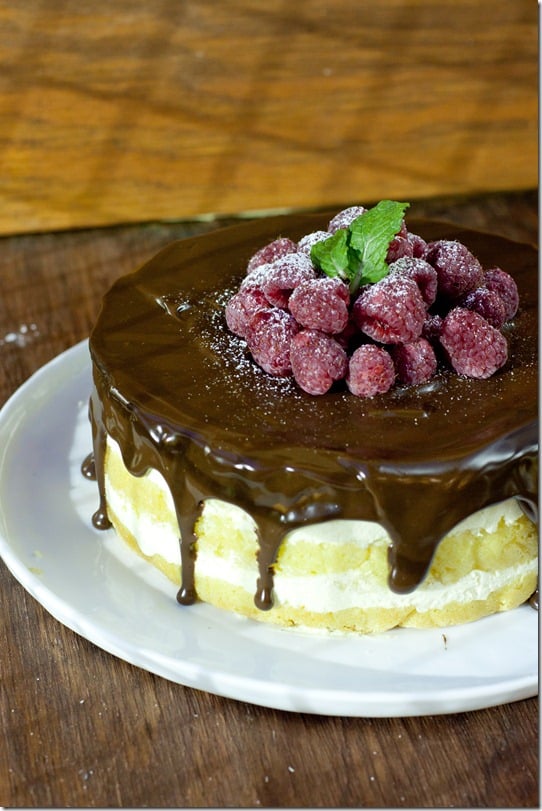 Here’s what Wikipedia says about this absolutely delicious cake.
“A Boston Cream Pie is a cake that is filled with a custard or cream filling and frosted with chocolate. Although it is called a Boston Cream pie it is in fact a cake and not a pie. Created by Armenian-French chef M.Sanzian at Boston’s Parker House Hotel in 1856, this pudding and cake combination comprises two layers of sponge cake filled with vanilla-flavored custard or creme patisserie. The cake is topped with a chocolate glaze and sometimes powdered sugar or a cherry” – Wikipedia

A while ago, I wanted to put a collection of cakes together, all made with a common ingredient – sponge cake.

I think there are some recipes that every home baker should know and should be able to make. The first one is the sponge cake. As versatile as it is, you can make dozens of different cakes if you know just one cake recipe, by pairing it with different fillings like cheesecake, mousse, chantilly cream, buttercream, chocolate buttercream, Bavarian cream, and others.
The original recipe of the sponge cake calls for eggs, flour, and sugar only. My recipe calls for a very small amount of baking soda, which makes an already foolproof recipe even more foolproof, and some butter & water. The butter & water produce a moist, but not at all heavy cake that if used with a cream-like patisserie cream, does not need to be soaked with syrup. 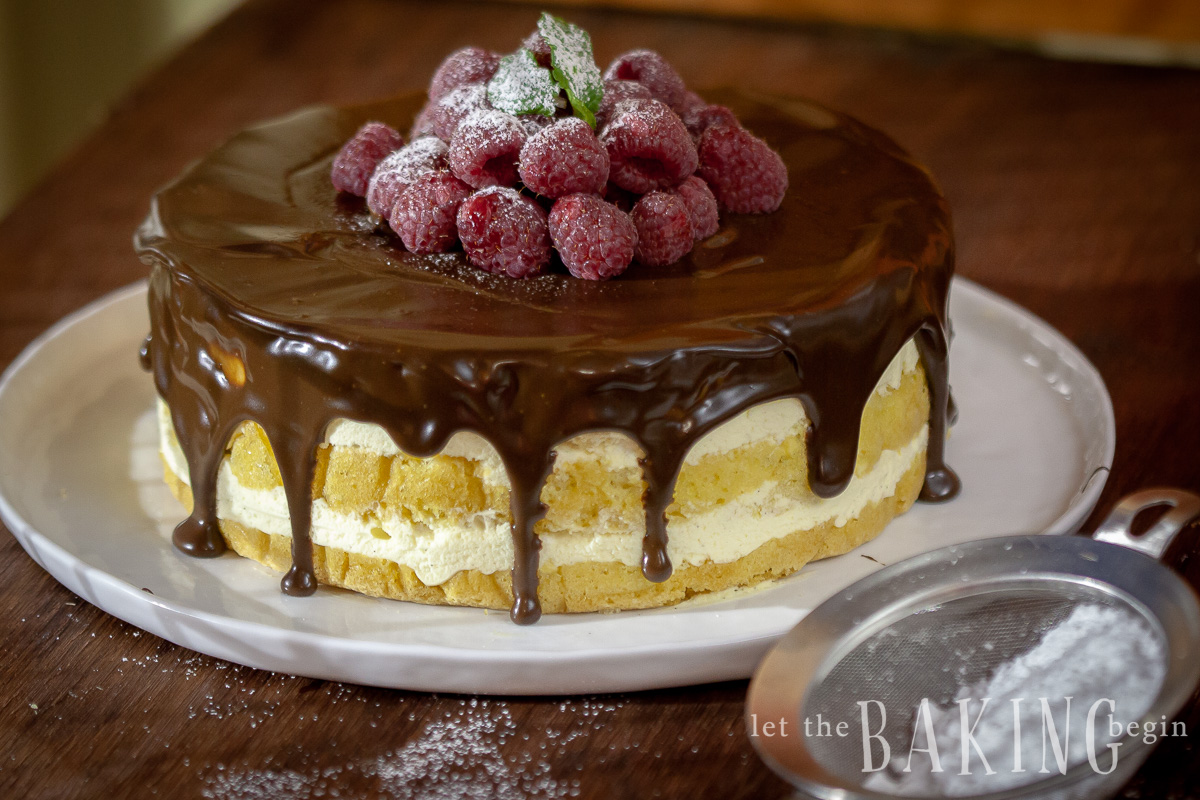 The second recipe that I think every baker should know is bavarian cream or custard cream. This one is also used in a variety of recipes, a couple of which include the éclair, profiterole, Boston cream pie, and napoleon. Because of its mousse-like consistency, it is very fluffy, yet not dense at all. This is just one of the variations of custard creams and it is important to know how to make it.

I wanted to share one of the tricks to get your cakes evenly baked, without the dome every time. I used to hate that I would bake a cake and then have to cut off part of it, to provide for a leveled cake. I don’t even remember how I found out about these, but I have been in love with them ever since I first got them. No more bump, no more wasted cake. What you do is, you use these “cake strips” that are strips of oven-proof material that needs to be wet before you put them around the pan, so when the cake bakes, the heat does not strike the sides of the pan first, allowing it to bake from the bottom up, instead of baking from the bottom and sides first. This yields to evenly baked cakes, every time. Magic, I tell ya! You can click on the picture to see it better.

Here are some other great Dessert recipes: 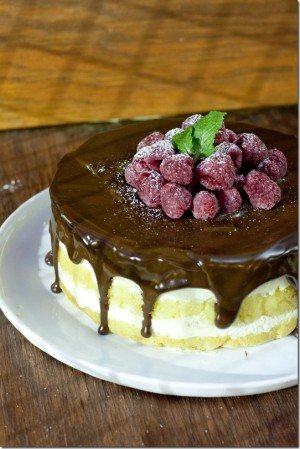 To assemble the cake: 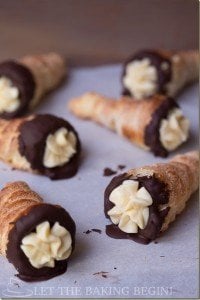 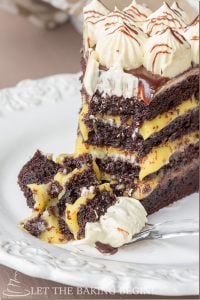 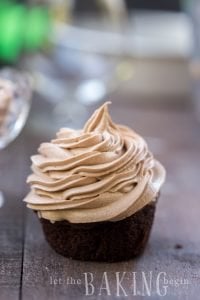 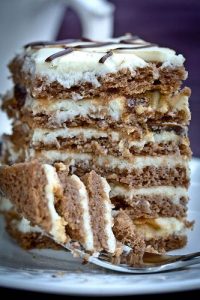 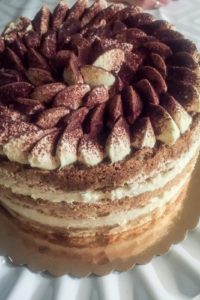