About a month ago, our world changed forever with the addition of our beautiful baby girl. Camilla Mae arrived on October 14th, at 10:09pm, weighing 7 lb 8 oz and 19 inches long.

Waking up each morning I still can not believe that she’s here and she’s all mine. Amazing how such a tiny little thing can evoke such strong emotions and give so much happiness and joy. Since it has been such a long from the last time this household had a baby, the experience is like having a first child all over again.

Jeremiah 1:5
“I knew you before I formed you in your mother’s womb. Before you were born I set you apart …”

I have an almost 7 and 9 year old, so I have done this whole birthing thing before, but this delivery, just like the pregnancy has caught me completely by surprise. I thought I totally knew what I was doing, but as it appeared I had no idea.
My expectations of what the labor and delivery was going to be were very largely based on what I already experienced twice before. Having said that, this time was nothing like the other two.

I was expecting for my contractions to start, gradually increasing in pain with all the other signs of approaching labor. Then, when the pain became too uncomfortable to stay home, I would go to the hospital, they would give me an epidural and a little while later I would welcome our precious daughter into the world, pain free. This was pretty important to me.
Things didn’t go as planned this time, haha!

I really wanted to have my daughter on a Friday – this would give me the most recovery time after the delivery before I had to go back to school next Thursday.  Babies are unpredictable though and do as they please, so while I wanted to have her on a Friday I knew it might not happen like that.

I was having really strong Braxton Hicks for weeks before she actually came. Sometimes, I was having regular contractions for hours on end, but then everything would stop. Now I was 39 weeks and very much ready to meet my baby, but there was no sign of actual labor coming on. I was still having regular Braxton Hicks a couple hours at a time, but since they were not painful, just really uncomfortable and tiring, I didn’t take them as anything more than Braxton Hicks.

My niece Jasmine visited us in the hospital.

At my 38 week appointment we made a plan with doctor that if by 39 weeks and 2 days (which would be a Friday) I don’t have her on my own, the doctor will strip the membranes and hopefully it will start the actual labor. If not, the plan was to have the induction scheduled the next day (Saturday). I was already 2 cm dilated, so the doctor was really optimistic that it would work.

I continued to have the contractions on and off. Each contraction would completely drain me of strength, even though not painful. The night of the day when I was to have my membranes stripped I was having regular contractions again, and this time I was thinking that this was it. I left messages to my instructors in school telling them that I’m not coming to school, because I am probably going to have my baby that day. By morning everything died down.

At 3 pm I went to see my doctor, she stripped my membranes and leaving the doctor’s office I was having regular contractions, about 7 to 3 minutes apart, but they were still not really all that painful. I’ve had too many false alarms before, so I didn’t take them seriously. I came home, with my nesting instinct in full swing, made dinner, finished frosting the cake I started making earlier, picked things up around the house and by 8 pm, the contractions were 2-3 minutes apart, lasting from 15 to 60 seconds each. At this point I called the doctor’s office and asked them if I should go to the hospital. They asked me if the contractions were increasing in pain and I said that they were not – they feel the same as they did when I left the office at 3 pm. The doc said that it was still good idea to go to the hospital and get everything checked out, but there might be a chance that I will be sent back. Hearing that there is a chance that I might be sent home, I wasn’t in any kind of a hurry. After all, I have had the same kind of contractions for weeks and still, here we are with no baby yet.

When my husband came home, I told him that he can have dinner, take a shower, then I’ll take a shower and we’ll go to the hospital. That was the plan. By the time I was taking a shower it was 9:10 pm. There, my water broke and my contractions started to feel painful. If the first one was about a 2-3 on a pain scale of 0-10, then the third one was a full 7. I got out of the shower as quickly as I could and I realized that now I am in some deep, deep trouble – because the pain is unbearable and I still need to get to the hospital. I woke up my husband, who by now was sound asleep in bed. He got dressed in about 10 seconds and was waiting for me by the door with my hospital bag in hand.

The level of pain I experienced while driving to the hospital was beyond anything I have ever experienced before. I had two of my other children with an epidural, so this was new to me. My husband seeing me writhing in pain, was scared that I was going to have the baby right there in the car, but I wasn’t worried, I still thought I had lots of time since the pain just recently started.

At 9:40 pm I got to the hospital and had a team of people rush out from the emergency room to come get me out of the car and to the Labor and Delivery floor. I got out of the car and into the wheelchair and another contractions started. I shut my eyes, grabbed onto the handles and shocked beyond belief that I waited so long that now I have to endure this pain of these contractions went through another contraction. When they got me to the Labor and Delivery room, they checked and told me that I was 8 cm dilated. I was furious with myself. This. Can. Not. Be. Happening. I knew that at this point, no epidural is in sight and I will have to experience the childbirth with no anesthetics. It felt like being submerged in hell with no escape route. This was not what I had planned for, nor what I expected. Contractions were coming one right after the other, and lasted for what seemed like an eternity. There was no break or time to get any energy back, before the next one hit.

My doctor got there and told me that soon I will have the baby, but the agony I was in, those words were not very encouraging, because that meant I would have to push while experiencing even higher level of pain then I am in right now. That was unimaginable. When she said “soon”, I was thinking at least an hour or two, since I know that it takes about 1 hour for each centimeter of dilation. Around 10:05pm though, 25 minutes after arriving to the hospital, I was told that we’re ready to push and get this baby out. Oh the terror I felt. It was all about to go down. Well, two pushes later baby Camilla left the comfort of my belly and flew into this world screaming. She was laid on my chest immediately and stared right into my eyes. The relief,  the joy, the happiness – uncomparable to anything else in this world! All I could do at this point was thank almighty God for the perfectly beautiful baby, who we can call ours and for the gift of motherhood which I get to experience for the third time.

“Every good and perfect gift is from above, coming down from the Father of the heavenly lights, who does not change like shifting shadows.” – James 1:17 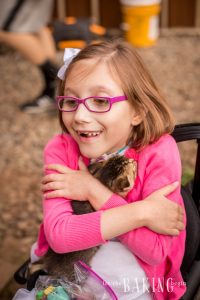 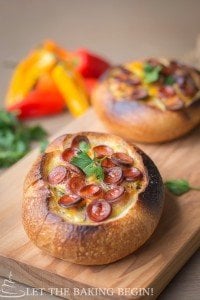 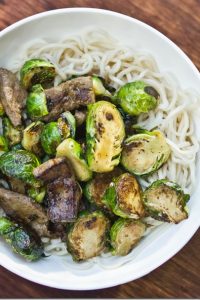 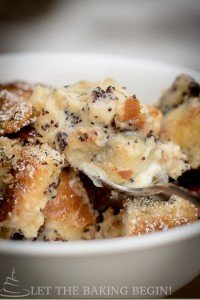