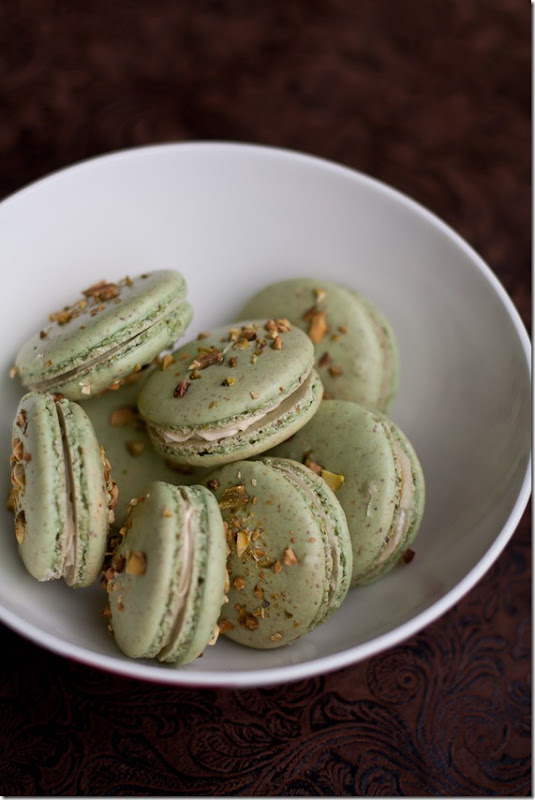 In the past, I have made macarons with all kinds of fillings, but now it’s time to experiment with different macaron shells. I have made coconut and hazelnut macarons and now I decided to see what Pistachio Macarons will taste like.

The rule for Substituting Almond Flour in Macarons

The “rule of macarons” says that you can make the macarons with any kind of nut flour, as long as 50% of the flour is still almond flour. So following this rule I have gotten a great result.

The key to bringing out the pistachio flavor is to sprinkle each cookie with some chopped pistachios. Otherwise, the 50 grams of pistachios that we added to the batter will barely taste like pistachios.

Adding the chopped pistachios to the buttercream is optional, you can add it if you want to, but I did not. I used the classic French buttercream filling and the combination was nothing short of perfect!

This recipe uses the French Macaron method for making macarons, but if you would like you can use the Italian macaron method as well. That post has a troubleshooting guide and answers a lot of common questions about macarons, so it might be a good idea to read it before making this recipe as well.

If you use my Italian Macaron Recipe to make the macaron shells, double the recipe for the French buttercream to accommodate the increased amount of macarons that come out from that recipe as opposed to this one.

To check out ALL other Macaron Recipes I have made click HERE. 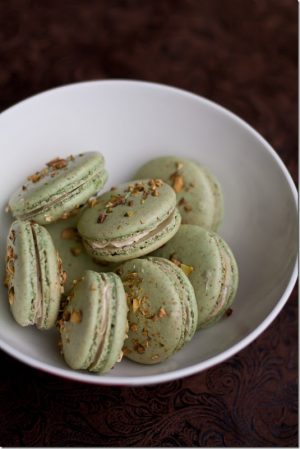 To Sprinkle on Top

How to make French Buttercream with Pistachios 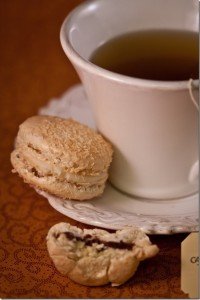