Raspberry Macarons – Sweet little confections made of almond flour meringue and raspberry filling. These are very fragile cookies that have the perfect combination of sweetness and tang. 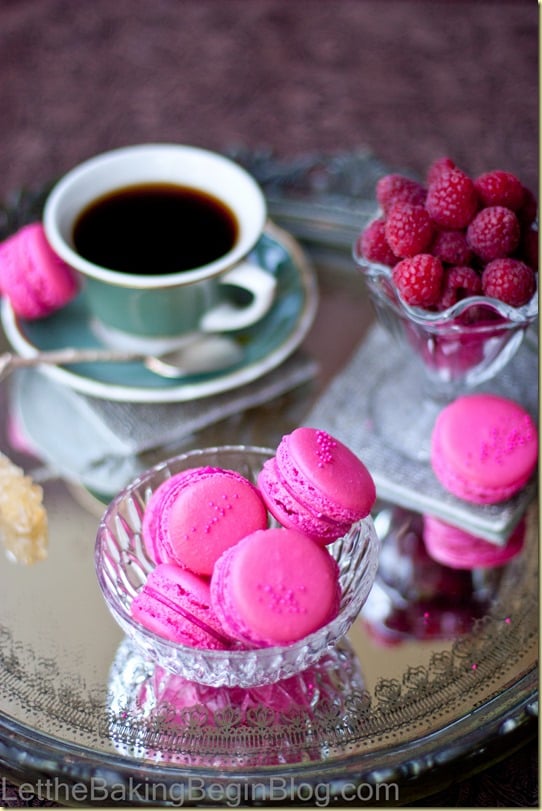 Raspberry Macarons are sweet little confections made of almond flour meringue and raspberry filling. The filling is what gives the macarons it’s flavor and this one is delicious!
We all heard horror stories about how tricky macarons can be. Some have tried making them, failed and never tried again. Some kept trying until we got that perfect batch and did a little dance around the baking sheet.

Here I want to share a trusted recipe that I have been using for at least the last 6 years. Yep, I started making them before they were everywhere, and before it was ‘cool’ to make macarons.

I remember the first time I made them and decided to bring them to a baby shower, they were colored blue with dark chocolate ganache, people had no idea what they were or what they were called. I heard someone call them, ‘those meringue things’. Most that saw my macarons said that they really didn’t think anything of them (because they just looked like two meringue cookies), until they tried ‘em. By the time the word spread that they were ‘French’ cookies, those that tried macarons first, made sure there was no more left for the rest that haven’t, well, at least it seemed like they did.

Originally, this was a recipe that Tartelette published in an online magazine, called Dessert Magazine. Since then, the magazine has become available by subscription only, but no worries, I have it saved and available for you, at no charge. [UPD. she actually has it here now, do check out the link it has great step by step tutorial] 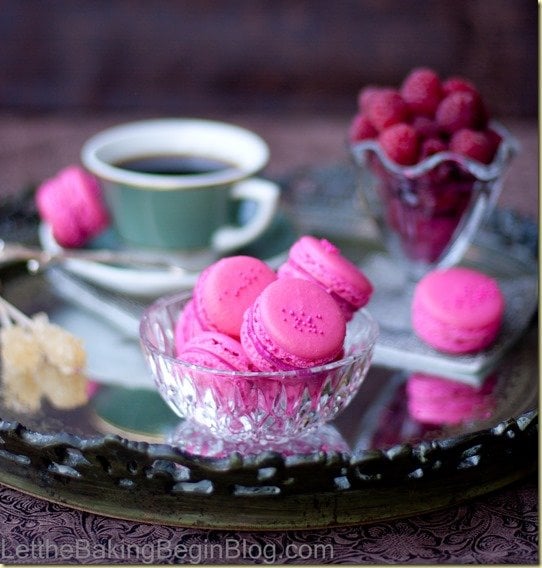 An interesting fact – my dad does not appreciate meringue desserts in any shape or form, but his inner French awoke from deep slumber when he had a bite of macarons. Upon leaving my house, he left with his signature phrase, “can I have a hundred of these ‘to go’?”. I love my dad’s sense of humor.
So if you haven’t tried your hand at macarons, do. There’s nothing to be afraid of. Just read the recipe and you will see. 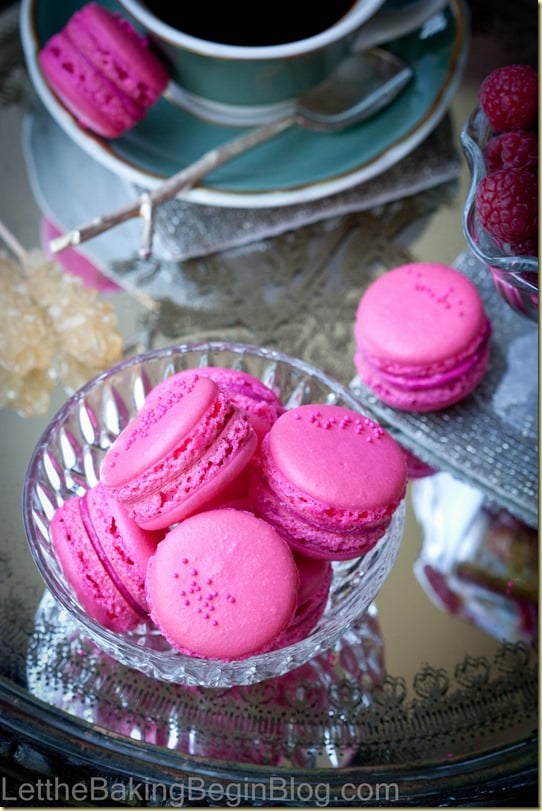 Try some other Macaron Recipes: 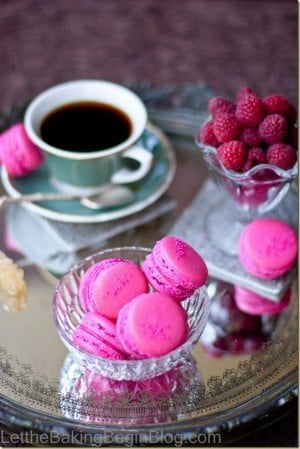 To make the Buttercream

You can leave the buttercream uncolored (well as macarons, for this matter), but I think they look better this way.

Thought  I would share this video I found on YouTube, on how Laduree – probably the most famous French bakery in the world, makes their macarons. 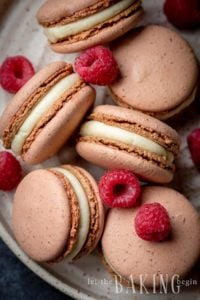 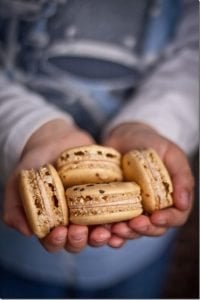 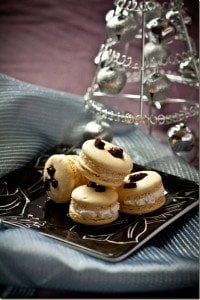