I love appetizers. I love them even more when they’re actually served as appetizers, and not just a part of a huge feast. You know, when you come over to someone’s house and while the table is being set, while the main dishes are being put on the table, you enjoy some appetizers. These are super easy to put together and with some ahead of time preparations, are quick too. 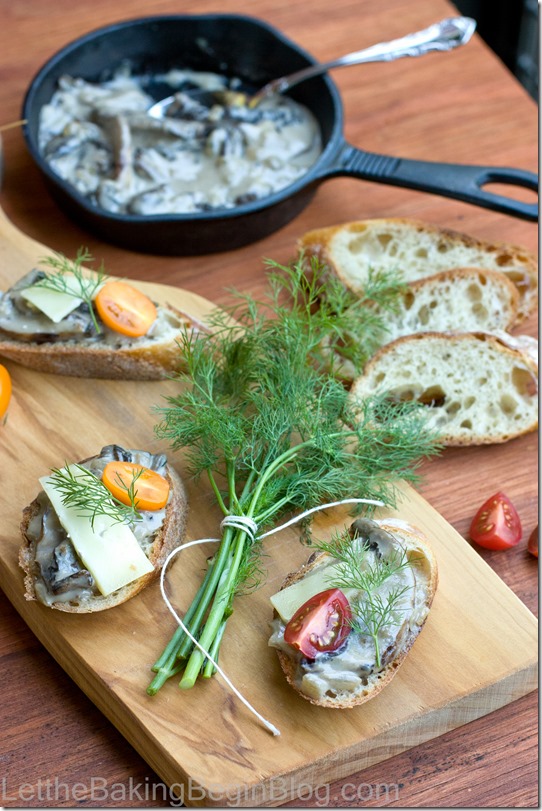 I used the large portabellos, which in my opinion are ‘meatier’. The sauce was used to spread on the bread before topping it with mushrooms and cheese. If you were making everything ahead, go ahead and assemble them cold, then just pop them in the oven to melt the cheese, heat the mushrooms and crisp up the bread, all at once. 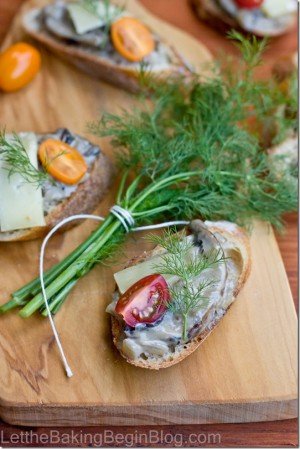 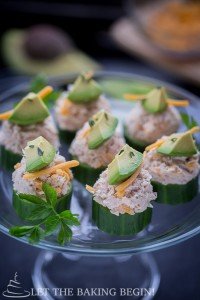 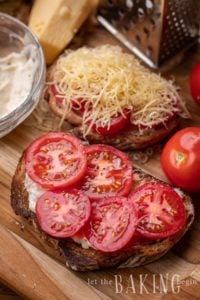 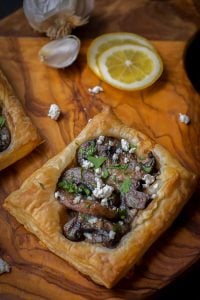 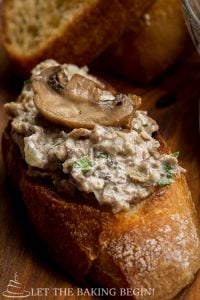 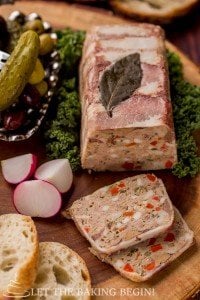