Sticky, crunchy, nutty, sweet this Baklava recipe is a Middle Eastern dessert that’s unique and so delicious! It doesn’t require any special skills or utensils and anyone can make it. Follow the step-by-step photo tutorial and make some today! 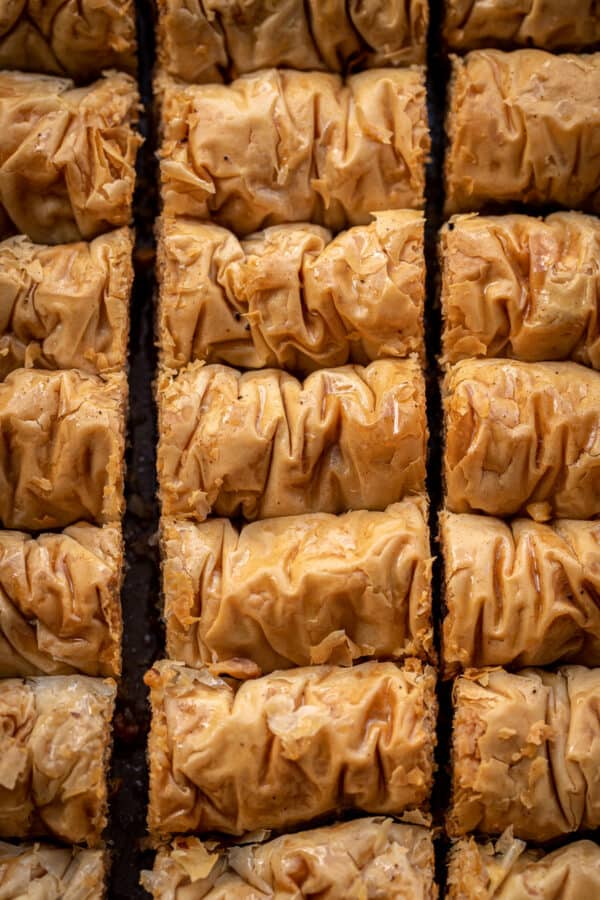 I have made this recipe many ways and have now honed down on my favorite version. I will share it with you today. This is not a complicated dessert but it does take some time. Armed with the best tips and tricks you’ll become a baklava pro in no time.

It’s a Middle Eastern phyllo dessert specialty that originated in Turkey, but is now popular all over the world, and especially in Greece. In fact, you will often find some type of baklava dessert at most Mediterranean restaurants and delis. The phyllo desserts come in different shapes, layered, rolled, and with different types of nuts which are all equally delicious. No wonder it is popular in so many countries all over the world.

Baklava is made with layers of flaky phyllo pastry that are brushed with butter, then sprinkled with nuts, rolled or layered and baked, and finally drenched in spiced honey syrup.

I love to make my baklava recipe shaped into rolls because the bite-sized pieces are easier to hold and serve as they do not fall apart or lose the filling when serving or eating. 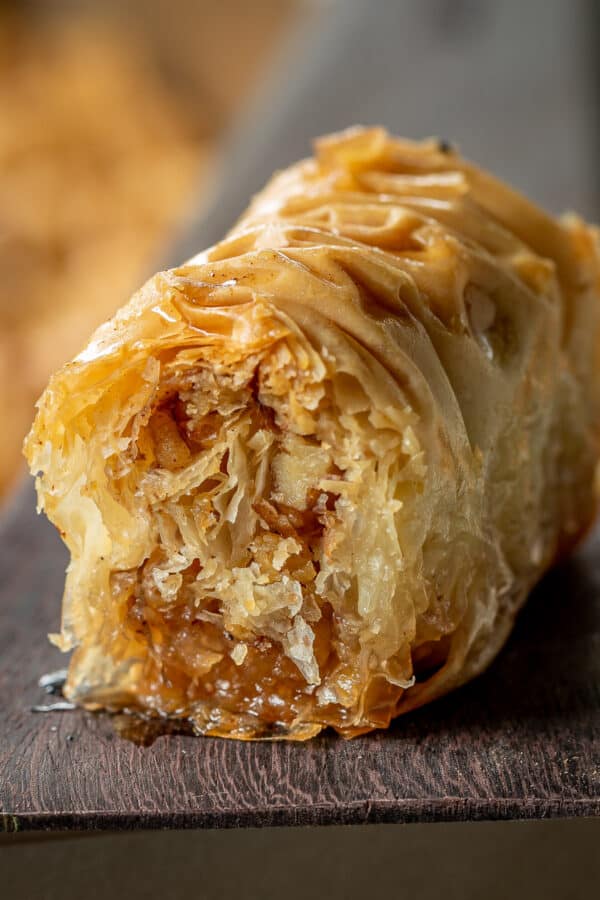 How to make Baklava?

The process is simple, yet each step is important. For layered baklava each phyllo dough sheet is buttered. The butter is what will make each paper-thin layer crispy once baked. Then, these buttered sheets are layered with nuts in a baking dish. Before baking baklava, it needs to be cut into serving-sized pieces.

While baklava is baking the syrup can be prepared by combining sugar, water, honey, and a bit of lemon juice. This syrup is then poured over hot, out of the oven baklava and since it’s already cut into pieces the syrup can go between each layer and sweeten and slightly soften the crispy, brittle layers of phyllo dough sheets.  A couple of hours later once the syrup is well absorbed, the baklava is ready for serving.

For rolled baklava, the idea is the same, only this time a couple of buttered sheets are sprinkled with walnuts and rolled around a dowel. These rolls are then baked the same way layered baklava is. I hope you enjoy this baklava recipe as much as we do! 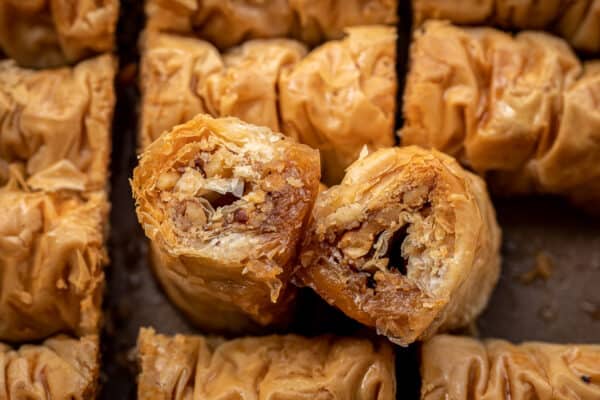 Scroll all the way down for a detailed recipe card. 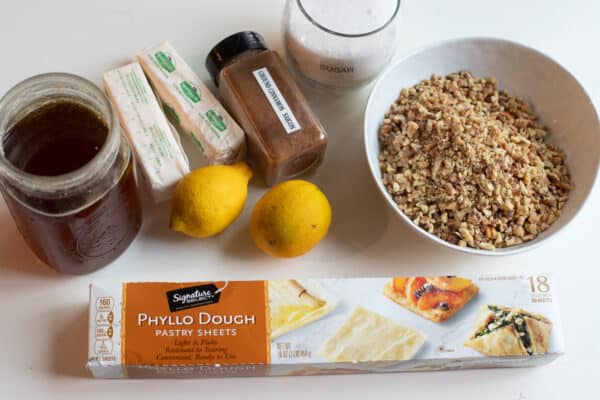 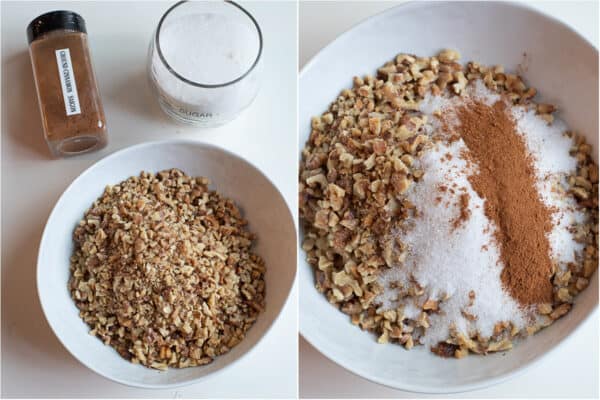 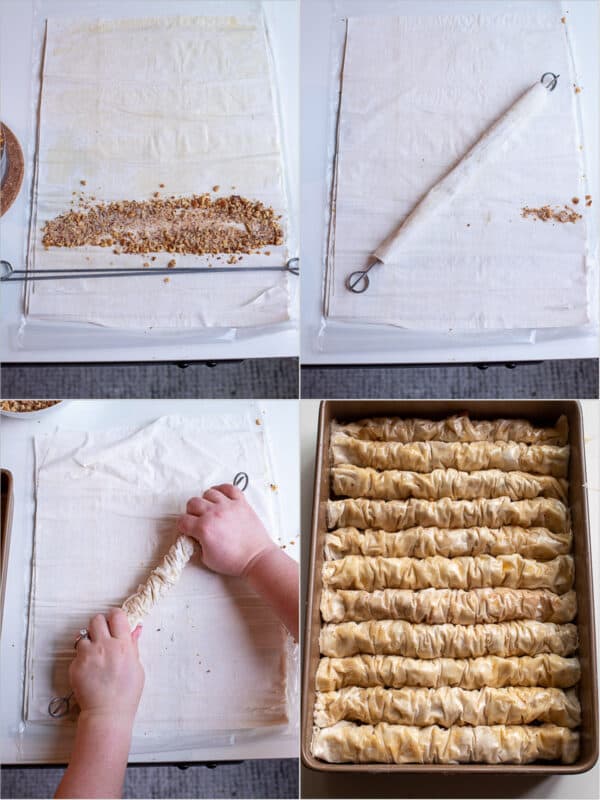 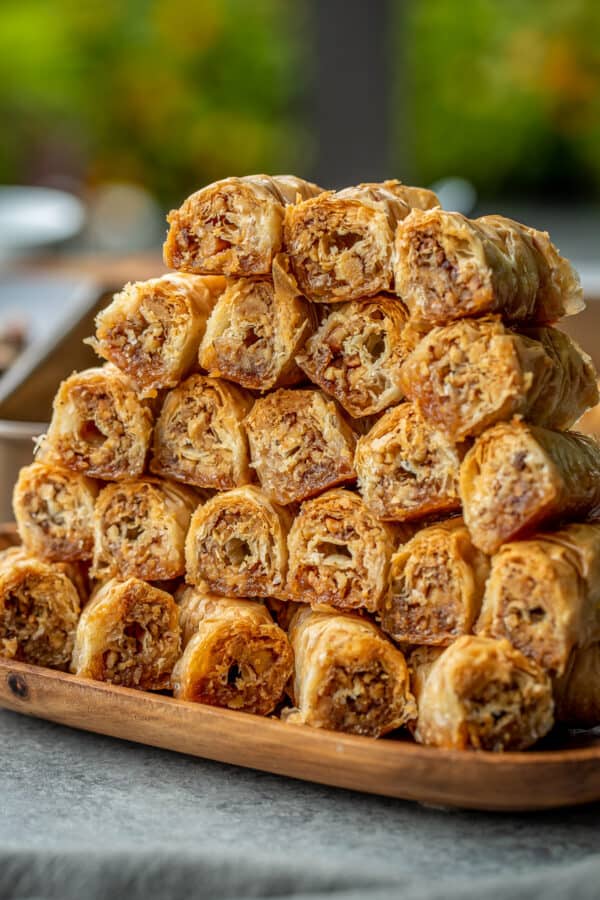 How to store baklava?

Store at room temperature for 3-7 days covered, or refrigerate for up to 2 weeks in an air-tight container.

Here are some other great Desserts: 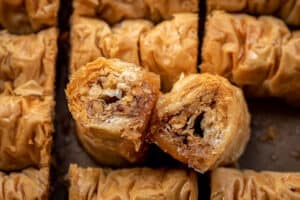 Baklava recipe is made of thin layers of buttered phyllo sheets layered with walnuts, rolled, and baked until golden. Finally, baklava is drenched in a delicious spiced honey syrup.

Ingredients for the Baklava Rolls

Ingredients for the Syrup:

How to make the baklava rolls

How to cut Baklava

How to store baklava 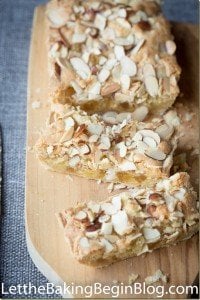 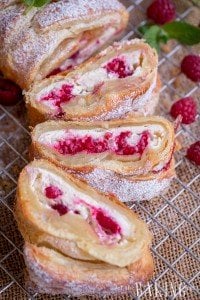 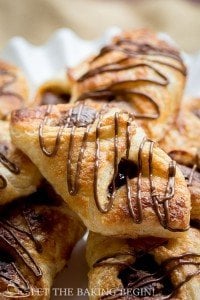 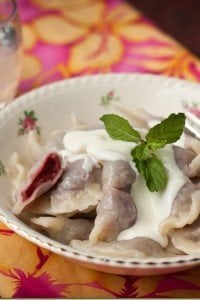