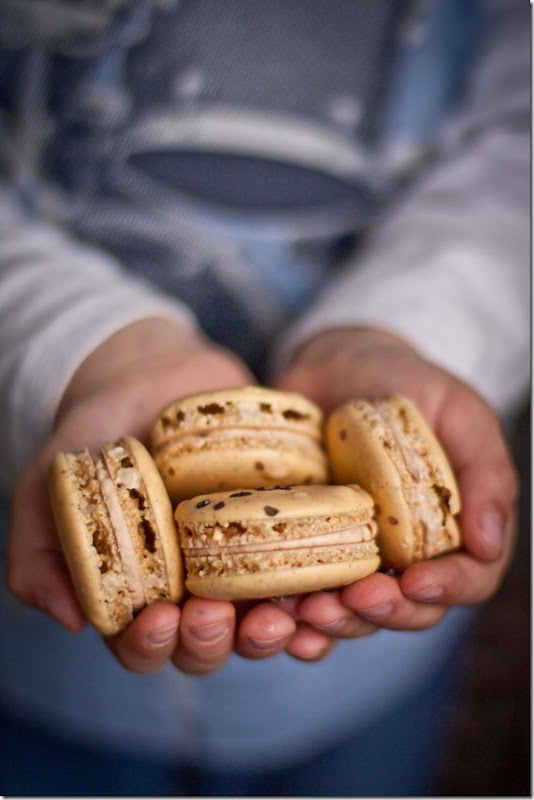 After trying the Salted Caramel Macaron at Pix Patisserie and paying $2 for one little piece, I was determined to come home and make a whole batch of them. After a long day I came home and started gathering all the ingredients needed to make these little jewels. Dug up my old and trusted recipe for macarons and off I went…
Out of 3 different flavor combinations that I made that day, these were the best, but that’s not much of a surprise, caramel is one of my favorites! 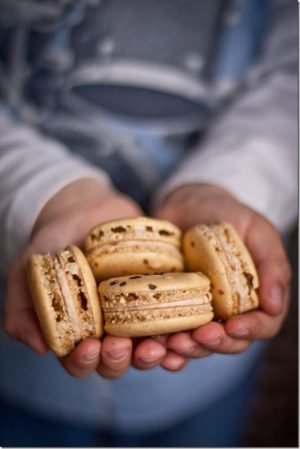 To make the Buttercream

To make the Caramel

*You might want to try making macarons on a dry day. This will drastically increase your chances of getting a good result 😀 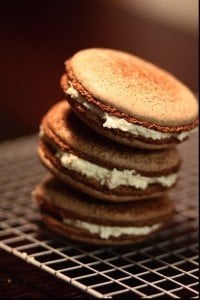